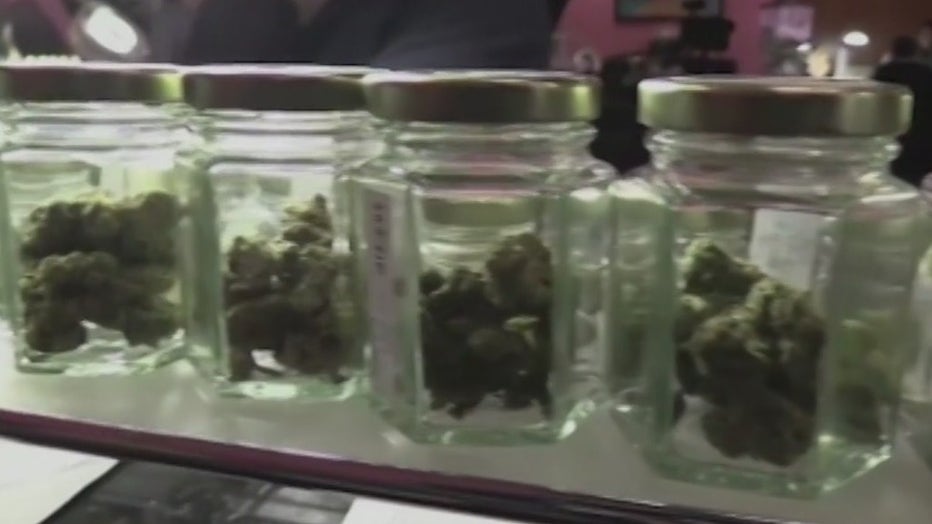 The controversy surrounding Georgia’s new tendering process for medical marijuana continues to swirl. The FOX 5 I team investigated how state lawmakers exempted most of the Medical Cannabis Commission’s documents from the Georgia Open Records Act. This keeps details of the successful bidder’s proposals in the dark.

The FOX 5 I team investigated how state lawmakers largely exempted all bids from the Georgia Open Records Act, which means that citizens, journalists, and bidders themselves cannot see any details about the winning or even losing bids

In February 2020, in the early days of the Georgia Access to Medical Cannabis Commission, newly appointed commissioners sought help. Michael Mayes, CEO of Quantum 9 from Chicago, was ready. Mayes, a medical marijuana advisor, offered to help the commission free of charge.

A board member, Vice Chairwoman Danielle Benson, wanted to make sure Mayes was not involved in Georgia’s upcoming medical marijuana offering.

“Are you going to pursue a license or are you just going to work as a subject matter expert?” asked Benson.

“No, I’m not going to apply for a license,” Mayes replied.

This statement turned out not to be true. But figuring that out wasn’t easy.

The I-Team has examined the Georgia Cannabis Commission application process and the winning companies.

The I-Team started with a Florida company called Trulieve. The company’s CEO, Kim Rivers, is married to a man recently convicted of public corruption charges in Florida. Burnette bragged on undercover videos how he and a Florida lawmaker made “small changes that give you some edge” to Florida marijuana law.

Trulieve told us that JT Burnette played no role in Truelieve Ga or his offer.

Then there was Jigar Patel from Nature’s GA. Patel was once a business associate with a Massachusetts man who admitted in court that he bribed a local Massachusetts mayor to obtain his medical marijuana license.

Nature’s GA wrote that it was irrelevant “because the company severed relations with this person long before we filed our application in Georgia.”

As we continued our investigation, we encountered a major hurdle. The bill that established the Cannabis Commission exempted the commission from almost all of the Georgia Open Records Act. This means that citizens, journalists and even other bidders remain in the dark about many of the winning company’s bids.

It is visible to everyone. Page by blackened page with blackened material. Some bids are practically 100% blacked out.

We asked the bill author, State Representative Micha Gravley, if it was fair to say that these listings are heavily redacted and that it is hard to see anything about these companies at all.

We advised that the offers excluded other information that had nothing to do with trade secrets or security issues.

“Well, if that’s the case, then yes, that information may be subject to open records,” Gravley said.

Representative Gravley said he would see how bid protests and lawsuits play out, and then will review the Open Records exception at the next meeting.

Clare Norins is the director of the University of Georgia First Amendment Clinic. She understands the need to protect trade secrets, but says Georgia has a strong open records law for the protection of the public and sees no reason to toss it out the window for the new medical marijuana industry.

“We have no way for the voters, the taxpayers, the public to understand who is getting these very lucrative contracts,” said Norins.

One of these successful bidders is Michael Mayes. He promised the commission he would help them for free and he has no plans to bid in 2020.

Was that true We found that Michael Mayes was listed as the owner in the heavily edited advertisement for Treevana Remedy.

“I remember this guy, I remember him, yeah,” said Jerome Lee.

Lee was at the hearing when Michael Mayes spoke, and we showed him that Mayes was in one of the six winning bids.

“Wow. I wasn’t aware of that. It looks really bad if you don’t do that, ”Lee said.

Michael Mayes’ attorney wrote to us that Mayes only provided a basic information pack to a representative of the Cannabis Commission and nothing more.

The attorney also said Mayes had no plans to submit a bid at the time of the meeting. He says Mayes didn’t start working with Treevana Remedy until 10 months after that hearing in February 2020.

We checked the application to see when Mayes joined the company. His profile and work agreement have been blacked out.

“The lack of transparency is problematic. Somehow we mysteriously have the highest level of redaction and secrecy of any previous state or something and that is worrying. And that shouldn’t be, ”said Lee.

According to Clare Norins, Nevada and Pennsylvania have both moved to a more open process about winners of lucrative medical marijuana licenses in their respective states. She says time will tell if Georgia decides to open its process.

“So we are seeing movements in other countries towards more openness, and that would be appropriate in this case too, especially in view of Georgia’s long history with very strong sunshine laws,” said Norins.

Medical marijuana is up for discussion on the NC Senate committee...