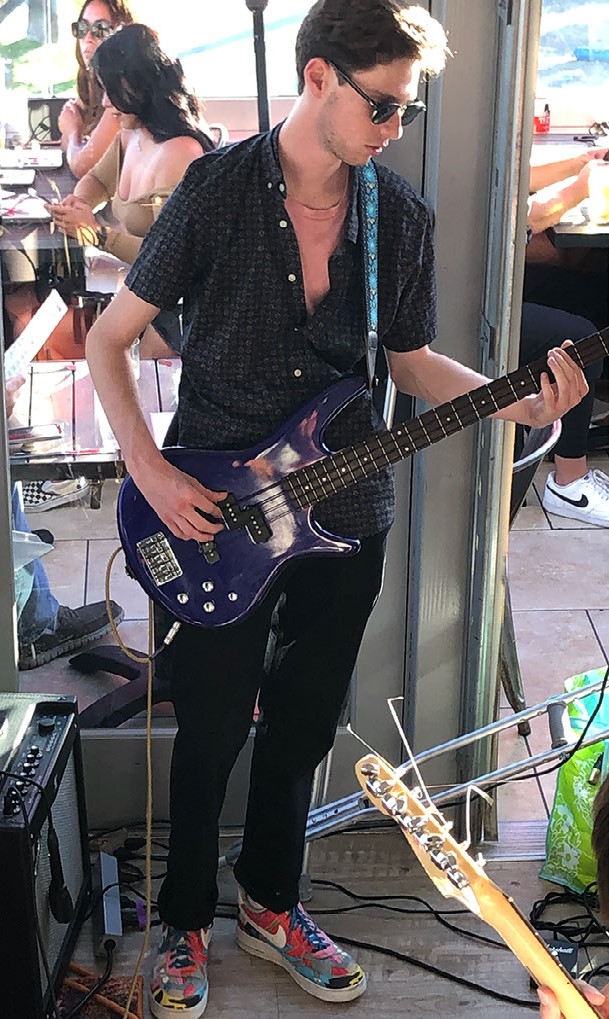 The man behind the Redondo Beach marijuana retail initiative graduated from Mira Costa High School in 2020.

Samuel Nicosia, 20, is the proponent. He was approached by Elliott Lewis, CEO of Catalyst Cannabis Co., based in Long Beach, last summer to support the effort.

Lewis found Nicosia, now a sophomore in the music business at Belmont University in Nashville, Tennessee, when seeking a Redondo Beach resident to serve as the required advocate.

“I took out our customer list and said, ‘Hey man, do you want to be a supporter of the initiative?’ It was relatively cold, ”said Lewis. “The youth. I love the youth. The youth are great.”

Lewis explained the initiative to Nicosia and gave him a draft, written by attorney Damian A. Martin, who is also the co-founder of South Cord Holdings, the parent company of Catalyst.

“I just decided I can help them with this,” said Nicosia, who described his use of cannabis as medicine. “It is torture for people like me to have to go to Long Beach or LA to get medicine. I believe commercial cannabis should be legal in Redondo Beach. “

Elliott Lewis, CEO of Catalyst Cannabis Co. (right) and co-founder and attorney of the parent company, Damian A. Martin. Photo by Nathan Avila.

Los Angeles-based GroundWorks Campaigns is in the process of collecting signatures for the initiative, with a target of 5,500 to vote in Redondo Beach next November. The $ 174,576 GroundWorks contract is paid for by the Economic Resource and Development Coalition of Southern California (EDRCSC).

“I never remember the damn acronym,” said Lewis. “We paid for everything. It’s an alliance of cannabis operators who want the will of the voters to trump the actions of the councilors. “

Nicosia plays bass guitar in The Dropoffs, a band made up of a classmate of Mira Costa and other like-minded people who have been performing in South Bay since 2018 (and will return to Hermosa Pier on December 30th).

The marijuana initiative was filed in Redondo Beach in August.

Nicosia and Lewis both said that no payment was made for Nicosia’s role.

“I can’t even give him a discount on cannabis as a precaution,” said Lewis.

The signature collection – now the subject of a police investigation into alleged misrepresentation of the initiative – requires 10 percent of Redondo Beach’s registered voters to qualify for the November 2022 vote.

“We’re going to destroy the number of signatures,” said Lewis. “It will probably be ready by the end of the month. We are very confident. “

Lewis entered the cannabis business after having a background in real estate, teaching English overseas, and earning a degree in philosophy from UC Berkeley. Today he is a married father of four children.

“When I play with my kids, microdosing edibles gets me to this joyful level, it gets me in the zone, and it makes me a better dad,” he said.

Catalyst Cannabis Co. has nine retail stores, all in Southern California. IS

Medical cannabis supporters want to cut the state delay in half

Cannabis workers work together at three local pharmacies, a first for...

The Day – Strong interest in the Norwich recreational cannabis business